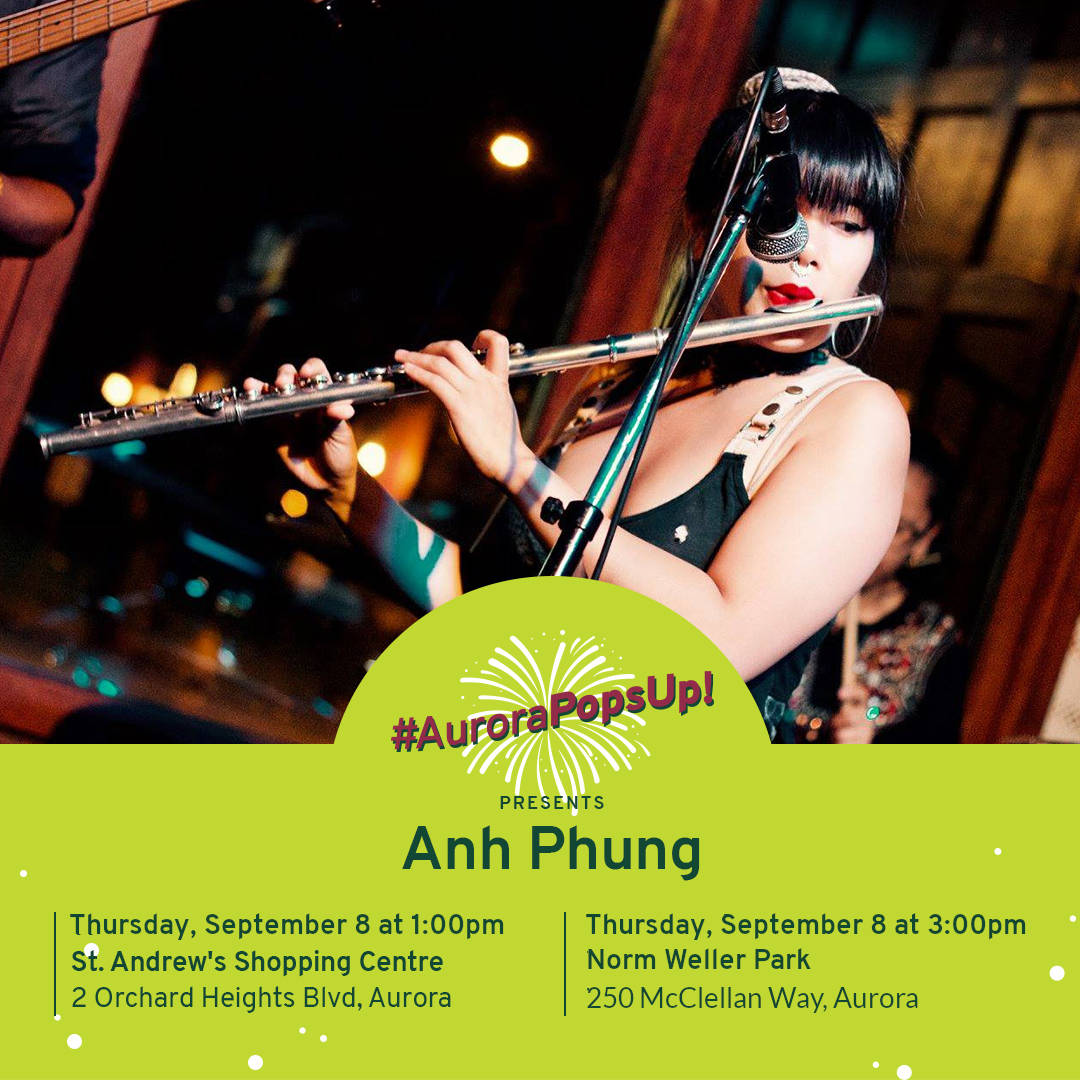 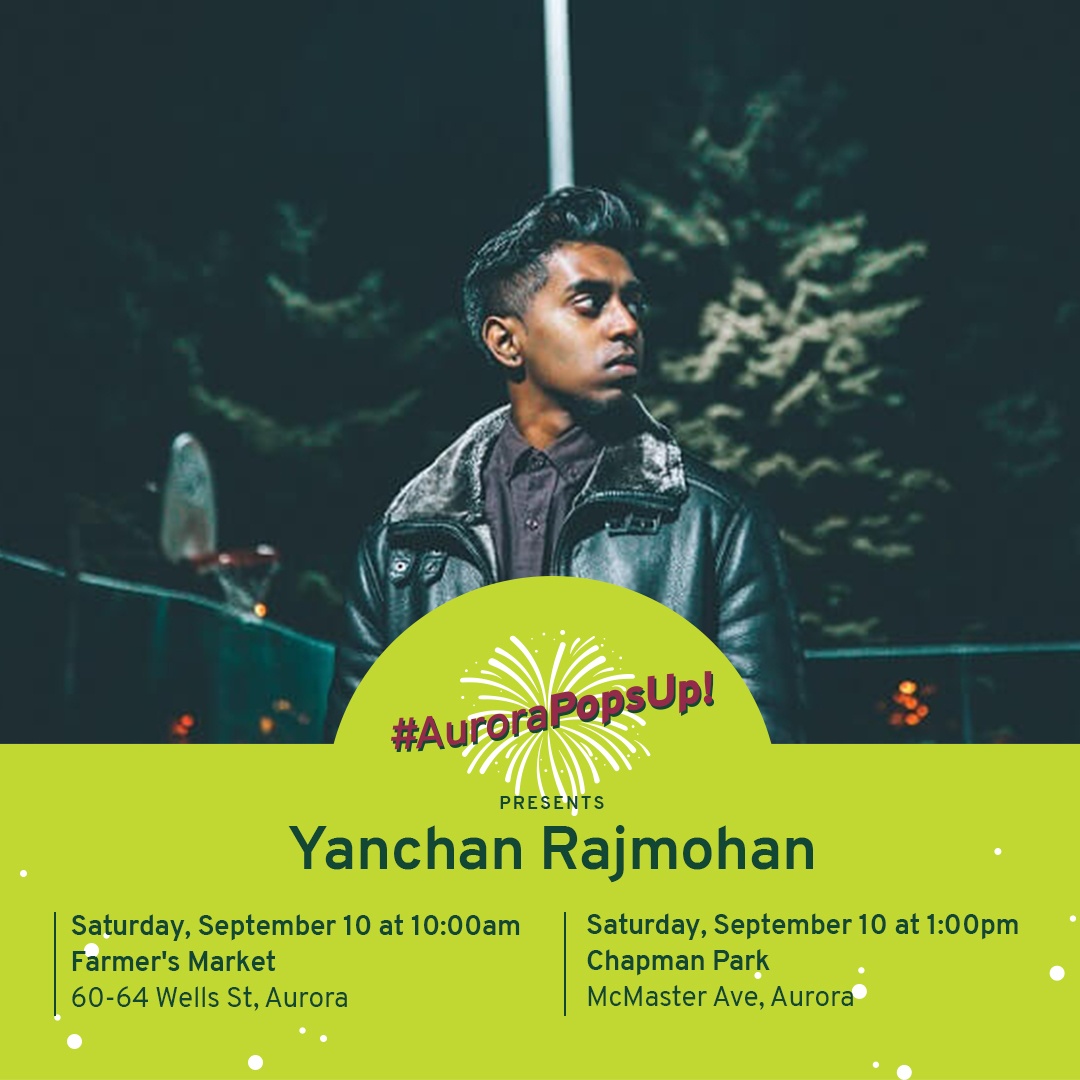 Your donation supports live music in our community. Thank you!

The Aurora Cultural Centre seeks to celebrate the renewal of performing arts with Aurora Pops Up! This outdoor performing arts festival is designed to revitalize the creative energy of Aurorans by staging a series of short live performances of music and dance in outdoor spaces across the town, open to everyone and free of charge. Aurora Pops Up! aims to look at how cultural programming could intersect with the daily lives of the public in a deeper, more meaningful way. And how live performance could transcend entertainment, offering unique experiences, moments of connection and inspiring new ways of being around each other.

Check out some highlights of our 2021 Aurora Pop Up Season

The Aurora Pops Up series of concerts will be taking place at various venues across Aurora on Thursdays and Saturdays throughout the summer.  Check out below for the current summer lineup.

Note that acts may change at the last minute or new acts may be added, so check the schedule often! 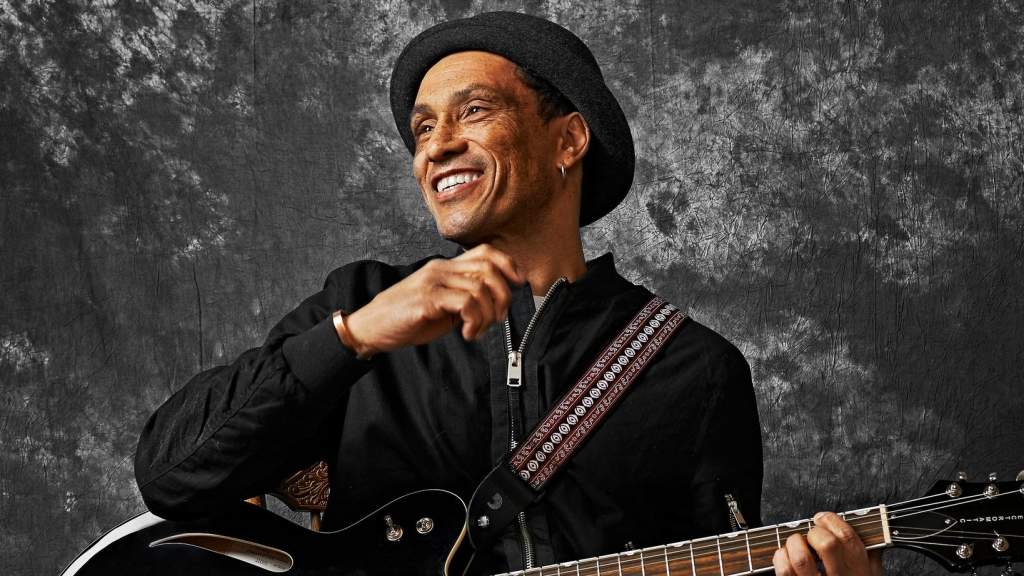 is an award winning songwriter, incredible frontman and virtuoso blues guitar player, whose performances are breathtaking. His music catalogue, consists of a Juno Nominated song, a winner in Mix.99.9’s talent search, a song with over 2,500,000 views on YouTube, a song that has raised over 100,000 for the Stephen Lewis Foundation and a collection of album releases that showcase his dynamic and passionate writing and world-class musicianship. 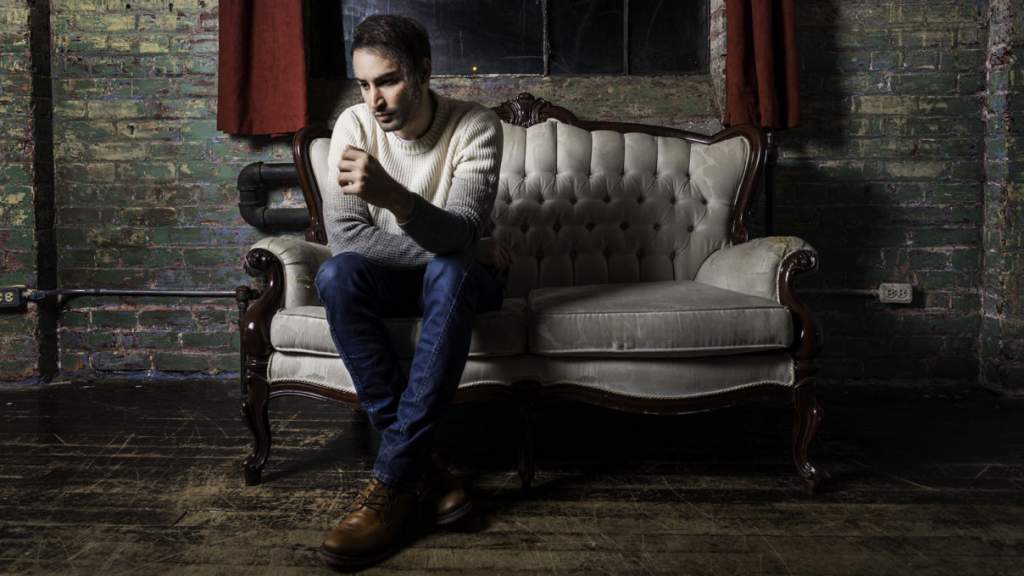 Producer, Multi-instrumentalist based in Toronto, Canada  is known for his unique approach in incorporating authentic oriental sounds in his music.  His hypnotic performances have garnered him fans from across the globe.  Sina has been featured at festivals such as Luminato, Pacific Contact, Folk Music Ontario, CINARS, Mundial Montreal, Prismatic Festival, Aga Khan Museum, Fete de la Musique Mont Tremblant, as well as TV and radio appearances at CP24 and CBC Radio Metro Morning. 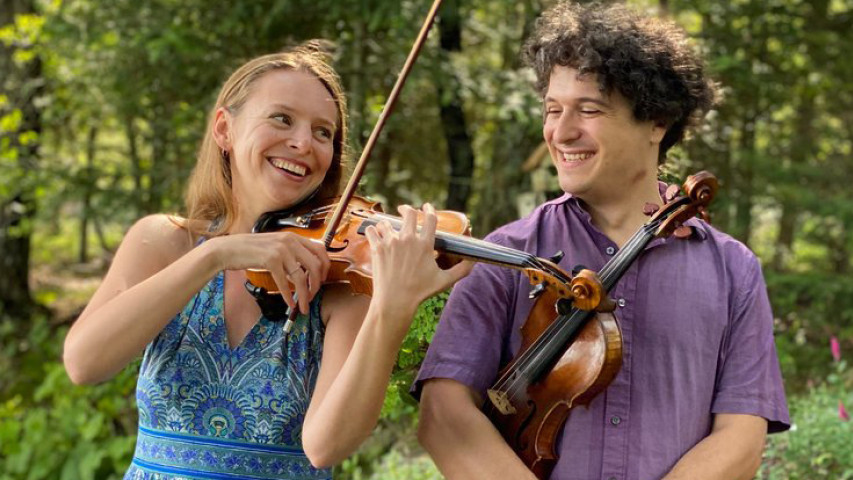 Drew Jurecka and Rebekah Wolkstein have been performing as a duo together since 2001 while students at the prestigious Cleveland Institute of Music. As a duo, they perform jazz, classical, world music and fiddle. They play violins, viola, guitar, banjo uke, mandolin, harp, piano, clarinet, Hardanger fiddle, saxophone, bandoneon, accordion and they sing together. They have performed at Harbourfront’s Summer Music in the Garden, Aeolian Hall, Xenia Concerts, National Arts Centre’s ‘Canada Presents’ series, Ottawa ChamberFest, Concerts in Care, and livestreams for Music Together and Toronto Musicians Association. 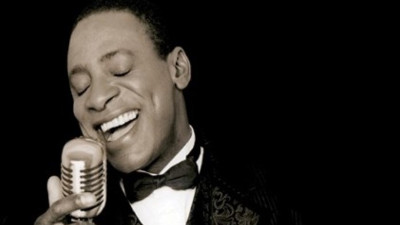 St. Kitts Music Inc. is a premier entertainment company that provides entertainment Weddings Corporate awards and Christmas parties. We have provided music for companies and organizations such as: Giller Gala, St Michael’s Angel Ball, Stratford Gala, AMBI Gala, CSA Awards, Peller Winery, Canadian Tire, Toronto Star, Rogers, Bell Canada, Microsoft, Casinos Halifax and Windsor, Casino Rama, The City of Vaughan, Scotiabank, Our logo reflects our heartfelt desire to bring you great music. St. Kitts Music will create a musical landscape for your enjoyment. Just go ahead and dance! Let us help you make an ensemble of special moments in time to remember forever with love. St. Kitts has several amazing Bands: Midnite Starr, Sound Machine & George St. Kitts Band. Sounds of Motown each of which will provide outstanding entertainment for you. We take the time to tailor the entertainment to your special requirements and make it a night everyone will be talking about for years to come! 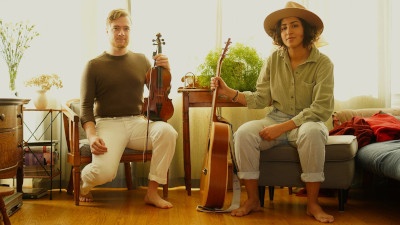 Toronto-based folk duo, Basset, are full of timeless heart. Acoustic songwriters Sam Clark and Yasmine Shelton will take you through city streets in the hours before the world has woken, or to a corrugated steel home north of the treeline.

Basset bring a deep love of the natural world to their gorgeously meditative and assured debut album, In The Clay, set to release on September 30th, 2022. Produced by Joshua Van Tassel (Sarah Slean, David Myles), the ten songs on In The Clay explore various themes of life in change, Shelton and Clark’s travels around Northern Ontario, the Canadian and American prairies, their lives in Toronto, and the many characters who have crossed their paths. With comparisons to The Milk Carton Kids, Hozier, and Bon Iver, their inventiveness shines on fiddle and intricate harmonies, with Shelton and Clark’s voices wrapping around each other like twin flames in a warm fire. 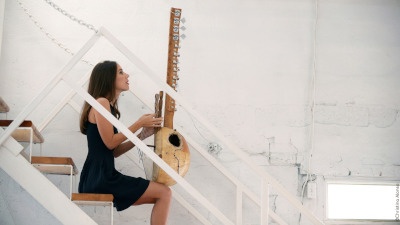 Montreal-based Lukacs is a kora player, singer and composer, born in Budapest, Hungary, and raised in Canada. She grew up studying classical violin from the age of five to her University years. On a trip to Burkina Faso in her early twenties, she discovered the kora, a 21-stringed African instrument. It changed her life: She began lessons, and travelled to Paris for a master class with kora legend Toumani Diabaté. When he invited her to study with him in Bamako, Mali, she packed her bags and never looked back, spending seven years fully immersed in studying the instrument, as well as the cultural, artistic, and linguistic traditions of Mali. Onstage, she sings in English, French, Bambara and Hungarian.

Sophie is the recipient of several grants (FACTOR, CCA, CALQ, and CAM) and will perform at the upcoming 2022 Mundial Montreal showcase. Her debut album Falling will be released in Fall 2022 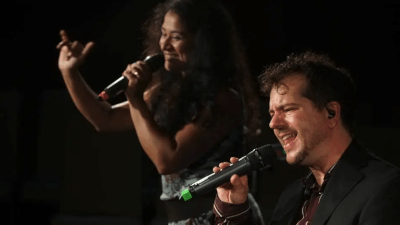 Using nothing but their voices and innovative live-looping techniques, genre-bending FreePlay takes you from the concert halls of Europe, to the jazz clubs of Manhattan, to the temples of India, and back to their native Toronto, Canada… all without leaving your seat. From Bach to Bird to the Beatles, Dylan and Suba effortlessly cross musical boundaries, continually combining and recombining sounds to create a concert of endless variety, with the intimate delivery of two people. Imagine Simon and Garfunkel crossed with a Bach 2-part invention… or an acrobatic jazz melody combined with ancient Indian beats… or an 8-part vocal arrangement created by two singers… and you’ll get a glimpse of what FreePlay has to offer.

Award-winning Dylan Bell and Suba Sankaran are international leaders in the a cappella world, having worked with legends such as the Swingles, the Nylons, and the New York Voices. They have performed in over 20 countries across 6 continents, and they are the co-artistic directors of SING! The Toronto Vocal Arts Festival, the only a cappella festival in Canada. 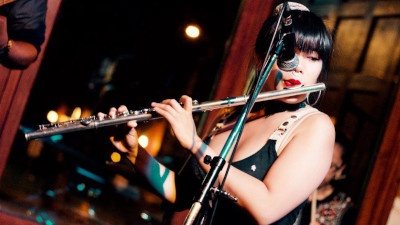 Anh Phung is a shining example of the modern musician: as a child, she earned her virtuosity while sweeping flute contests across Canada, and has since used her mastery of the flute as a compass to navigate countless styles of music, constantly learn new instruments and consistently deliver exciting performances. Not bothered by the conventions and standard limitations of the flute, her powerful musical voice steers her through everything from hip-hop to bluegrass to Bulgarian folk music, and she is the leader of prog-rock tribute band Tullstars and performance art act Hairbrain. Catch Anh Phung on the mainstage at a summer festival facing off with the lead guitarist, or slinking around the basement after-hours at a free jazz club, but blink and she’s off chasing the next new sound.

Highlights of Aurora Pops Up 2022 So Far!

Summer 2022 has already brought in some wonderful talent to entertain all across Aurora.  We’ve popped up at the Aurora Farmer’s Market, Coconut Village Spa, Chartwell Park Place Retirement Residence, and Thomas Coates Park, with much more to come! 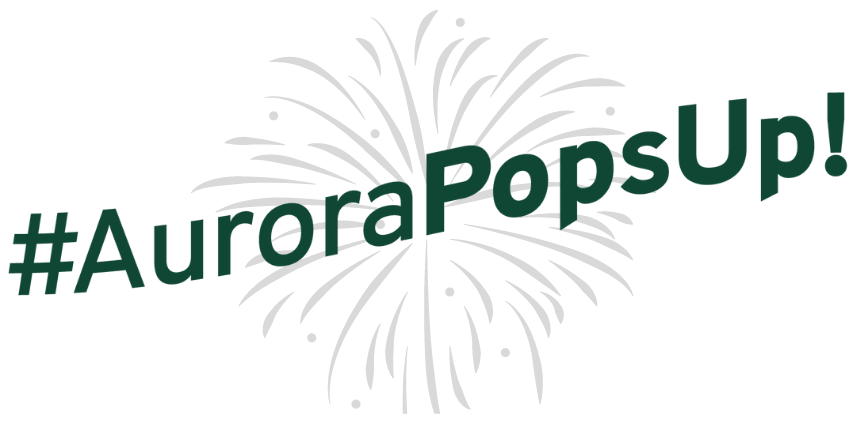